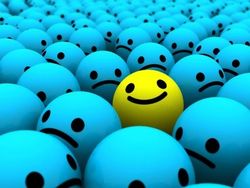 Today’s Wall Street Journal (subscription required) marvels at Wal-Mart’s recent transformation “from Demon to Darling.”  It credits the company’s transformation to communications czar Leslie Dach, a former Democratic operative and executive at Edelman PR.  Dach deserves a lot of credit, but the roots of the company’s makeover is more than skin deep and it’s not the product of wordsmithing or sharp elbowed “truth squads.”

Wal-Mart tried that early in Dach’s tenure when it began punching back at critics out of a political campaign-like “war room” and built its own front groups.  Nothing seemed to work.  In fact, some of the stealth campaigns backfired when the media tumbled to them.

Ironically, it took a hurricane to help the company realize that actions spoke louder than words. When Wal-Mart was quicker than the government and many charitable organizations to get relief supplies to Hurricane Katrina’s victims along the Gulf Coast, CEO Lee Scott realized that it had the power to positively influence communities.

He decided to rebuild the company’s reputation by taking credible action on two burning issues – sustainability and health care.  The retailer offered lower cost health insurance to its own employees, started selling generic drugs for $4, and opened in-store health clinics, which offer low-priced services from vaccinations to cholesterol screening.  It set aggressive targets for energy conservation and reduced waste, became the world’s largest buyer of organic cotton, sold more organic milk and produce than any other retailer, sold more green-friendly products like energy-saving fluorescent bulbs, and made selling local produce a priority.

Jim Prevor, a long-time Wal-Mart observer, who publishes a newsletter called The Perishable Pundit, found the secret behind the company’s greening.  "Helping the environment is an area where Wal-Mart felt culturally comfortable,” he said. “It could maintain its core values of eliminating waste and driving costs down while reducing packaging and creating energy-efficient stores."  Plus, he might have added, it was good for the bottom line.

Wal-Mart’s actions were not a cynical attempt to distract its critics.  They were the product of a new understanding of a company’s place in society.  The company isn’t perfect, but it deserves credit for its efforts.