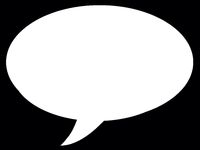 No one seemed willing to cut him any slack for trying to be colloquial in responding to criticism that large oil companies are "greedy" and "don't care" how their operations impact people.   "That is not the case in BP," he said.  "We do care about the small people."

Okay, English is not Svanberg's first language, and I'd like to see how well the chattering commentariat would do in Swedish. What he probably meant was "little" people.  But his remarks still kicked up a storm and were broadly cited as yet another example that BP was so deeply out-of-touch it might never be able to resurface in the land of the sentient.

"Little people," of course, is short-hand for the powerless and the disenfranchised. In BP's case, it included thousands of small businesses and families across the Gulf Region who bridled at the reminder that they were at the oil giant's mercy. Unfairly or not, Svanberg's ill-chosen language reinforced their victimhood.

But the reason it got so much pick-up goes deeper -- it unwittingly reinforced the perception that the company doesn't identify with the Gulf Coast communities and, in fact, considers all those good people along the coast a necessary nuisance to be dealt with.

BP may be the worst latest example, but many companies are clueless when it comes to dealing with anyone but the money managers whose daily trading determines their stock price.  Very few companies know how to deal with "the other" and, sadly, people no longer  have to be terribly exotic to count as
"aliens" to some companies.

Words matter because they are sometimes the clearest window into what's really going on.

Tags: "we do care for the little people", BP, Carl-Henric Svanberg