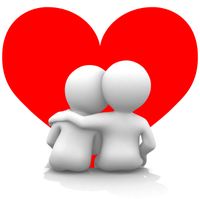 I've been with the same woman for nearly 40 years and I've never really understood exactly how I managed it.

(I suspect our friends are just as mystified by my good luck.)

But dating is not that far removed from marketing, and some recent research may help both undertakings.

Some French researchers (who else?) recently demonstrated the aphrodisiacal properties of music.  They recruited a bunch of 18 to 20 year-old single females to participate in some research.  While waiting for the experiment to start, they pumped recorded music into the room where they were waiting.

Five minutes later, a young male confederate came into the room, clipboard in hand and gave them a marketing survey. Later, during a break, he asked each woman for her phone number.

The women who had been listening to "romantic" music were almost twice as likely to give him their phone number as those who heard some "neutral" music.  The full study is here.

The marketing implications are obvious. And those of you who are still dating should reexamine their iTunes playlist.

Posted at 10:44 AM in Branding, Marketing, Public Relations | Permalink | Comments (0)