Home Archives Profile Subscribe
Philosophically speaking
The Murdoch in me

Betting in this casino? 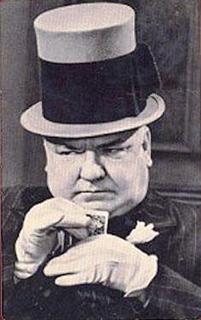 An editorial in today's New York Times suggests that AT&T is using its philanthropic and political contributions to drum up support for its proposed merger with T-Mobile.

To which, some might be tempted to quote W. C. Fields, "What?  There's gambling in this casino? I'm shocked."

But the facts are a little more complicated.

I have no idea how the AT&T Foundation is run these days. But when I chaired it from 1997 to 2002, we prided ourselves on the thick wall we erected between the Foundation's donations and the company's more quotodien interests.

For example, we batted down requests from the sales force to throw money at a favorite client's pet charity.

Our goal was to direct the Foundation's contributions of about $40 million a year to organizations that operated at the intersection of both the company's and society's long-term interests.

So we supported university engineering programs that produced the kind of computing and scientific talent we needed. We funded innovative arts programs that enriched the communities in which our employees and customers lived and worked. And yes, we contributed to organizations like GLAAD and the NAACP because they were helping to create a more inclusive environment in those communities.

Our contributions were sometimes misunderstood. In perhaps the most infamous instance, donations to Planned Parenthood were interpreted as support for abortion rights, and when we subsequently stopped making them, both sides used the action as a political football. We were lynched from the goal posts on that one.

But when the issue was central to our direct interests -- as in our determination to give gay and lesbian employees the full respect they deserved -- we had no problem turning a deaf ear to fundamentalist bigots, even when they started their own long distance service to compete with ours.

Did our sales people draw their clients' attention to our corporate contributions as a sign of enlightened citizenship? They'd be idiots if they didn't. Did our lobbyists do the same with the public officials they were trying to influence?  No question. Did all these good works win us the benefit of the doubt?  I hope so.

But the AT&T Foundation was no casino, and we weren't betting on anything but helping to build a better society. I trust that's still the case.

A friend pointed out that it wasn't W. C. Fields who expressed shock to find gambling in a casino, but Captain Renault in the movie "Casablanca." He is absolutely right and I won't try to explain that Renault was quoting Fields.