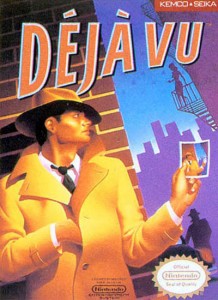 Pardon my sense of deja vu.

Anyone who still wonders how the old "new" AT&T could have gotten into such a financial mess in 2001 - 2002 should read "Is Facebook Worth $100 Billion?" in the July 14 Wall Street Journal.

The paper "talked to people from Main Street to Wall Street to weigh in on what Facebook is worth."

Ignore the lady whose "boys are Facebook fanatics," the privacy advocate, the ad woman, and the management guru. Focus on the venture capitalist and the securities analyst who bookend the piece.

Their "conservative estimate" puts Facebook's value in 2015 between $140 and $234 billion.  That spread is breathtaking.

So is the methodology they use to get there -- a series of off-the-wall assumptions, rules-of-thumb, and wild-ass guesstimates (e.g., the company's estimated 50% profit margin will not decline, the online ad market will grow $45 billion in 2015 with Facebook retaining a 7% market share, Facebook's price to earnings ratio in 2015 will be 25, etc.)

They might as well be reading Zuckerberg's entrails via virtual colonoscopy.

The biggest falacy in these hallucinatory ravings is that 2015 will be just like 2010, which is the base year of most of their calculations. Hell, 2011 isn't even like 2010.

That's essentially what happened to AT&T.

Investment banks valued the cable companies AT&T wanted to buy the way a real estate agent values a split-level, using prior sales of comparable properties.  "Time Warner paid $3200 per subscriber for the last cable system they bought so you should be willing to pay a comparable price," was the essence of the "fairness opinion" they gave the Board.

For that, they collected hundreds of millions in fees.  Then they lent the company $60 billion to finance the deals, collecting more fees. And they projected that income from the company's only profitable service -- consumer long distance -- would cover the interest expense until the cable systems themselves became profitable.

That assumed that consumer long distance (anyone remember that?) would continue cranking out cash more or less at the same level. The worse case scenario assumed a decline of one or two percent for the next five years.

By the time the last deal closed, the projected decline was in the double digits and the company was facing a liquidity crisis. AT&T had to choose between funding the capital requirements of its high-growth cable and wireless businesses or making its interest payments.

In the end, AT&T had no choice but to unwind all its acquisitions and return to the standalone long distance business, setting itself up to be acquired by SBC which quickly became the "new, new AT&T."

Should management have known better?  Probably.  But it's biggest mistake was following the advice of investment bankers who made money even if the deals they promoted cratered, and then picked up more fees in correcting their original mistakes.