Let's put on a news show 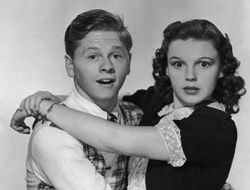 The network evening news programs are dead. All that's left is to bury the bodies.

Scott Pelly, Brian Williams, and Diane Sawyer were all cut from the same cloth as Huntley, Brinkley and Cronkite -- tightly scripted voices of God.

The people who run these shows know that they need to find a new formula -- their core audience is literally dying.

Some may follow the path of their cable counterparts and adopt the techniques of talk radio, replacing the news reports on their Teleprompters with partisan diatribes.

But there's another model, and it's best example is probably the Wall Street Journal's "AM and PM Reports," twice-a-day online videos that are remarkably fresh, informal, and even entertaining.

The AM Report is usually hosted by the paper's sassy "Ahead of the Tape" columnist, Kelly Evans.  Simon Constable, a Dow Jones news columnist, hosts the PM Report in a slightly frantic style that belies his British accent. (Maybe he's an Aussie by birth.)

Both are more than pretty faces.  They're knowledgeable enough to operate with little more than a run-down of their roughly 20-minute report as they whip from one reporter to another, getting briefed on the top stories of the day, asking intelligent questions, and offering their own take.

Some of the reporters are on set, standing just an elbow poke away, and the interplay looks as real as if you had wandered into the newsroom.  Others are brought in over Skype from wherever they happen to be -- in a far-flung newsroom or in their own bedroom.  (The framed photos on the dresser in the background kind of gives that away.)

The whole show has an immediacy and authenticity that is addictive.

If the powers that be at the three big TV news networks want to see their future, they might tune in.  If so, one of them will probably scoop Kelly up. Let's hope they don't try to force the mantle of yesterday's news anchors on her.

She's talented, but what makes her so good is the low-cost, seemingly improvised format the Journal stumbled upon. It's as if Mickey and Judy said, "let's put on a news show" and then got all the smartest neighborhood kids involved.