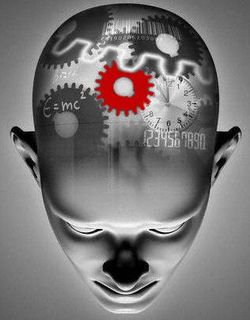 Some people have apparently interpreted yesterday's post as a defense of Rupert Murdoch.

But I was making a different point, namely that, as human beings, we are maddeningly irrational.

In becoming Otherwise, it helps to keep that in mind.

Psychologists (not to mention ministers and bartenders) have accumulated impressive evidence that the most sober and deliberate of us can be dependably irrational in some of the most important aspects of our lives.

We all suffer from a toxic muddle of cognitive deficiencies that cause us to give greater weight to the most recent data we saw (recency and anchoring) or to the data that is easiest to get (availability bias), or that agrees with our pre-existing opinion (confirmation bias), or that confirms what everyone else thinks (bandwagon effect), or failing all else to simply assume that things will continue to go the way they’ve been going (disregard of regression toward the mean).

And getting more data doesn’t necessarily help. Recent fMRI research reported in Newsweek has demonstrated that the part of people’s brains involved in rational decision-making and controlling emotions actually switches off when presented with too much information.

Furthermore, psychological experiments have demonstrated that our behavior is easily influenced by external events outside our consciousness. For example, in Experiments in Ethics, Princeton philosopher Kwame Anthony Appiah has pointed out that people standing outside a bakery with the smell of fresh bread in the air are more likely to help a stranger than someone standing outside a “neutral-smelling dry goods store.”

Finally, and perhaps most relevant to Mr. Murdoch's travails, scientists have also discovered that schadenfreude – one’s secret happiness at another person’s loss – has biological underpinnings. It registers in the brain as satisfaction comparable to that of eating a good meal.

That being the case, the News Corp scandal is a virtual banquet for many.