The Murdoch in me 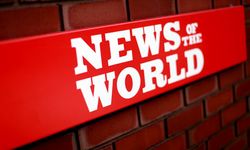 The demise of the Murdoch empire's News of the World reminds me of a similar experience I had at AT&T.

It was a smaller-scale fiasco and had fewer earth-shaking implications for the companies involved, but ironically the same lessons apply.

An AT&T employee publication under my supervision ran a racist cartoon. (There's a long, involved explanation of the incident in Tough Calls, exerpted here, but for purposes of this posting that probably suffices).

When employees saw the cartoon, their anger and dismay reverberated all the way to Washington, D.C., and into the pages of the Washington Post.

The company's CEO was called to testify before the Congressional Black Caucus. The company was excoriated nationwide, even by many of the civil rights groups it had supported for decades. We apologized profusely and announced a redoubling of diversity efforts.

We followed time-tested crisis management techniques -- accept responsibility, apologize, and fix the problem. But nothing helped until we shut down the magazine and removed the editors.

The lesson: there's a fourth element to crisis management. You have to give something back to demonstrate your seriousness.

In our case, it was closing the magazine. That was the pound of flesh people wanted.  James Murdoch seems to have come to the same conclusion.

It will be interesting to see if it's enough or whether, as in our case, the top editor, Rebecca Brooks, will also have to go.

Another point of similarity: apparently Murdoch was already thinking about closing the News of the World in the face of declining circulation.  Making the announcement now instead of a year or so hence was a little like giving the sleeves out of his vest.

Similarly, when all this happened, we were thinking about closing the print magazine in favor of an electronic version.  Nevertheless, the decision was difficult because shuttering the magazine under these circumstances implied we were racist, which I knew wasn't true. The top editors had no involvement in placing the cartoon in the publication. It had been inserted by a lower level production manager, who happened to be Black, at the last minute.

"Removing" the senior editors meant moving them to other jobs out of employee communications, but they both considered it humiliating. I felt awful. I knew both editors well.  Neither had a racist bone in her body.

I'm still not sure I did the right thing.  I suspect if Mr. Murdoch has to let Ms. Brooks go, he will feel the same way, if he doesn't already-- no matter what he's saying for public consumption.

That may be the final similarity in all this.

You always provide thought-provoking commentaries to which I like to respond.

A couple of differences between the Focus incident and News of The World need to be addressed.

The Focus incident was a one-time mistake. News of The World engaged in a long-standing policy of snooping on people's private conversation.

It is also noteworthy that Murdoch owns The Wall Street Journal and has injected his personal political, social and financial viewpoints into the news reporting of that publication.

Henry - Excellent points. What I didn't say -- and should have -- is that the reaction of African-American employees reflected years of inaction on moving people of color into more senior management positions. I suspected at the time that the cartoon was simply the match that ignited a short fuse. And while AT&T apologized immediately and repeatedly, its expressions of regret fell on deaf ears because people were understandably looking for actions.