The adage that "a rising tide lifts all ships" applies to reputations as well as to boats.

So does the corollary, "a sinking tide..."

How steep the reputational hill a company has to climb is often a function of its industry.  So a new Gallup study should be sending shockwaves through Washington, D.C.

The federal government's reputation is at an all-time low. Two-thirds of Americans now have a negative view of the feds, the lowest rating since Gallup began the survey in 2003 and on a par with the oil and gas industry.

There are plenty of obvious reasons for the low ratings and both parties will undoubtedly blame the other.  But one of the things we learned during the telecom wars of the 1990s is that attacking your competitor accomplishes nothing except to lower people's opinion of your entire industry.

When people don't know which accusation to believe, their tendency is to say "a pox on both your houses." That may be what's happening now. 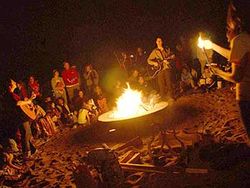 Rally round the campfire, boys and girls.

We're going to sing a few choruses of "Kumbaya." Before it's too late.

The number of couples who have kids and live together without getting married has increase twelvefold since 1970. There's nothing new about cohabitation or having kids out of wedlock; they were arguably among the natural consequences of the 1960s' sexual revolution. But the combination of the two does seem to be a new development, and it may have reached critical mass.

In fact, according to the National Survey of Family Growth, nearly half (42%) of pre-teens have lived with cohabiting parents, far more than the 24 percent whose parents have divorced.

Interestingly, this development seems to correlate with education. More than a third (34%) of white women with only a high school diploma have had a baby out of wedlock.In contrast, the rate for white college graduates is only about 2 percent.

Americans with only a high school diploma are far more likely to cohabit than are college graduates, according to the report. College-educated Americans are not only more likely to marry, they're far more likely to stay together. They not only can offer their kids more financial resources, they can also provide cultural advantages like exposure to the arts, foreign travel, and most importantly, stability.

As I've pointed out in this blog before, the education gap may be the most significant factor in creating an America of two classes.

Item two: David Campbell and Robert Putnam have figured out what truly motivates the Tea Party.  Apparently, it isn't fundamentalist constitutionalism, as I suspected.

It isn't anger about "Big Government" and fear of creeping European-style socialism. It's not a reaction to the Great Recession.

And, while a Republican voting record is the strongest predictor of Tea Party membership, that doesn't explain the fire in their belly.  Lots of Republicans consider the Tea Party a bit kooky.

According to Campbell and Putnam's research, what drives the Tea Party rank and file is "a desire to see religion play a prominent role in politics."

As demonstrated in Michelle Bachman's victory in the Iowa straw poll, as well as in Rick Perry's rock star welcome into the GOP presidential primaries, Tea Partiers are looking for “deeply religious” candidates. They want religion brought into political debates.

"The Tea Party’s generals may say their overriding concern is a smaller government," Campbell and Putnam say, "but their rank and file are more concerned about putting God in government."

That's fodder for further political polarization because, as Campbell and Putnam point out, "while Americans have become slightly more conservative economically, they have swung even further in opposition to mingling religion and politics."

That may be why, in national polls, the Tea Party is about as unpopular as the Christian Right.

And why Campbell and Putnam warn that "today’s Tea Party parallels the anti-Vietnam War movement which rallied behind George S. McGovern in 1972."

Remember how many kumbaya moments that election provided?

Diversity -- to a point

A letter writer to the Wall Street Journal has discovered the limits of diversity.

And in the process, he sheds a little light on the roots of "otherizing" in America.  He writes:

"The more different and 'exotic' a religious community behaves, or looks (especially regarding clothing, head and facial covering), the more it avoids casual social contact with others, the more it will encounter disdain, distaste and distrust. Americans are delighted to celebrate diversity—but only up to a point."

The solution, he suggests, is total assimilation, embracing the mores of the prevailing culture.

That one-sided view of assimilation is the model most European countries have followed. And we've seen how well that has worked.

As long as immigrants accepted the American values of equality, opportunity, individualism, and hard work, they were free to choose which aspects of our culture they would adopt and to retain as much cultural baggage from their home countries as they liked.

Assimilation in America has always been a generational process, moving at different speeds for different groups and sometimes even moving backwards for a while.  And the majority culture hasn't been static either; it has adopted elements of immigrant cultures, making them its own.

Assimilation worked in America because it has always been two-way.

Multicultural America is not many cultures living side-by-side in a harmony built on ignoring each other or denying our cultural heritage. It's one culture drawn from many, constantly changing. 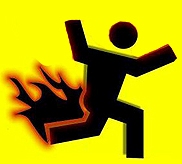 I returned from vacation to the usual inbox overflow.

As usual, there were some familiar messages in the mix.

Like the email asking me to support the "Congressional Reform Act of 2011." It would require members of Congress to participate in Social Security, join the same healthcare plan as the rest of us, abandon the pension plan that allows them to collect a full-year's salary in retirement after one-term, etc., etc.

By the time this email reached me, it had been forwarded to more than 50 people. And many of those recipients had forwarded it to others.  One of the forwarders noted "I don't usually send these things...but it seems sensible to me."

It should. None of the problems it proposes to fix are real. Members of Congress already participate in Social Security and have the same healthcare and pension plans as every other federal employee. They are also subject to the same laws concerning sexual harassment as the rest of us. And so forth.

All of this is easily checked and, in fact, the Congressional Reform Act of 2011 has been thoroughly debunked by both Snopes and FactCheck.

When I drew this to the attention of the friend who forwarded the email to me, he demurred "there is much in that email that doesn't make sense," but it reflects "a public sense that politics and politicians are bad."

Just so. Unfortunately, it also demonstrates that social media are a shame-free zone.

Most of the "facts" in the email have been debunked so many times, it's hard to see how someone can forward them without their pants spontaneously igniting.  But the point of such email isn't to stimulate discussion, it's to inflame passions.

Too bad, because at least one of the proposals in the email -- Congressional term limits -- is worthy of discussion.