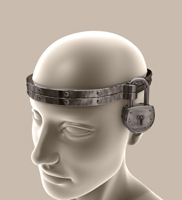 Here's further proof that most of us may be free to express our opinions, but we hold our beliefs under lock and key.

When the Labor Department reported a one percentage point decline  in unemployment a few weeks ago, University of Massachusetts researchers already had a survey in the field. So they drew a line in their tabulations between the periods before and after the report.

Here's what they found:

The charts below illustrate the pattern. 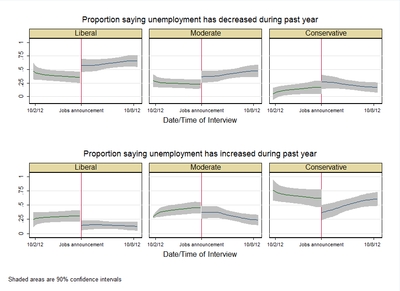 As many political scientists have discovered, inconvenient information is often forgotten or rationalized away so we can continue to believe what we always believed.

Of course, conservatives don't have a corner on this particular human tendency. Liberals can be just as selective in what they forget or ignore.