Home Archives Profile Subscribe
You don’t have to be loved, but you’d better be liked
PR Ethics 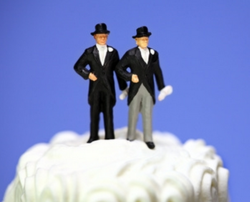 The majority of Americans support gay marriage, which is now legal for about half the U.S. population.

That's a remarkable change in public opinion in a relatively short period and it's fair to ask how it happened.

In a recent column, Gordon Crovitz -- former publisher of the Wall Street Journal -- credited a Supreme Court decision striking down California's Proposition 8, a 2008 initiative that banned same-sex marriage in the state.

Crovitz is one of the savviest observers of the digital scene. He probably did more than anyone to guide that venerable paper through the swirling tides of the Information Age.

But even he can misread the bobbing and weaving of public opinion.

"Public opinion changed because litigation showed how same-sex marriage could strengthen the institution, not undermine it," he wrote.

The suit -- litigated by the unlikely team of Ted Olsen and David Boies, formerly opposing counsel in Bush v. Gore -- was undoubtedly an important step towards legitimizing gay marriage. But that's not where the case was won in the court of public opinion.

It was won on a smaller, more personal stage -- television.

When programs as popular as "Bones," "The Good Wife," "Grey's Anatomy," "Downton Abbey," "Nashville," and "Scandal"  make people's sexual orientation -- and marriage -- a normal part of life, ordinary people begin to think differently about it.

That's the real lesson in swaying public opinion -- make your position look normal to the large number of people who are not engaged in the fight on either side. That way, you're pushing through an open door.