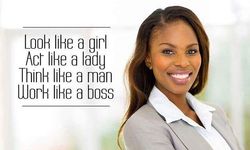 Everyone knows sexism is wrong. Yet company after company stumbles into situations like the ads Bic posted on Facebook and then took down in the heat of a subsequent firestorm.

Is it because sexism is a matter of taste and highly subjective?  Or is it because, like many ethical issues, few people understand the principles by which to judge something right or wrong, good or bad?

Make no mistake: sexism is an ethical issue, not simply a question of taste or manners.

Bic's ad is sexist because it's built on a demeaning series of stereotypes - literally de-meaning because they rob women of what it means to be female. It denies their full human possibilities.  It essentially says that to succeed women have to dress and act like pretty girls, while hiding the fact that they can think and work like men.

That violates the three major ethical theories of virtue, duty, and consequences. Not to mention contemporary feminist ethics. It is uncaring, unjust, and obnoxious.

At the other end of the spectrum are ads promoting Always feminine hygiene products.

I have no inside information on the thinking behind the Always campaign, but I suspect it wasn't entirely idealistic.

Always' marketing team probably despaired of convincing women to switch away from the brand they had been using since puberty. So they chose to focus on their daughters and selected a message that would resonate with both -- girls can do anything, and they shouldn't let anyone put them down by saying they throw, run, or do anything "like a girl."

It's great branding. And ethically, it was a home run.