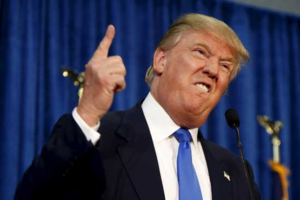 Poor Jeb Bush. As if his last name were not enough of a millstone, he has to put up with advice like the following from a so-called "image expert," as conveyed by the Wall Street Journal's "Think Tank."

To win the White House, Jeb should:

I can understand why Republican candidates are frustrated. They're being Trumped by the P. T. Barnum of real estate developers turned reality TV star turned political candidate. And according to some political analysts, while his lead may be over-stated, it looks like he'll be around for a while.

But beating Trump will require more than slicker packaging. The guy's speeches are incoherent, his policies no more sophisticated than the guy's on the next barstool, and his hair is a joke. Still, he's ahead.

In marketing terms, I think it's because professional Republicans and Democrats have wrecked their category. They've given politics an even worse reputation than it had. Something Will Rogers would have thought impossible.

Everyone knows political polarization hasn't been this bad since the Civil War. The inevitable consequence is less well understood.

In a 2012 Pew Research study, 76% of Americans agreed: “it’s time for Washington politicians to step aside and make room for new leaders.” And Republicans are even more likely than Democrats or Independents to want new leaders, "even if they're less effective than experienced politicians."

His competitors, including Jeb Bush, need to figure out how to tap into voters' anger about politics as usual without appearing to be, well, politicians.