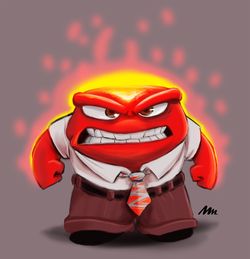 Back in the 1950s, Vance Packard accused the advertising and public relations industries of "the systematic creation of dissatisfaction," making women anxious about their appearance and exploiting men's sexual urges to sell everything from home freezers to automobiles.

Packard also expected political candidates to sell themselves the same way. They would use warm and fuzzy "imagery" to evoke deeply held values like family and patriotism.

That didn't sit well with everyone. “The idea that you can merchandise candidates for high office like breakfast cereal ... is the ultimate indignity to the democratic process,” Adlai Stevenson complained on his way to losing the election.

He didn't know how good we had it. That was when candidates were sold in a barrage of 30-second TV ads. These days, earned and shared media is where all the action is. And candidates are tapping into the darker emotions that drive sharing.

As reported in today's New York Times, two professors at the Wharton School found news stories more likely to be shared if they elicited strong emotions. A psychology professor at the University of Hawaii found hate, fear, and anger relatively easy to evoke because they come directly from the unconscious.

Enter Donald Trump and Ted Cruz. And to some extent, Bernie Sanders.

One has exploited the fear and anger some people harbor towards Mexicans and Muslims. The other, towards liberals on "cultural issues" like abortion and gay marriage. And the third, towards the wealthiest 1%.

Whether that fear and anger is justified is irrelevant. Whether it's based on lies and exaggerations doesn't matter. Fear and anger are even immune to factual counter-argument. In fact, attack seem to solidify their hold on people.

Vance Packard predicted a soulless consumer society, but he missed how much our communications media would tear us apart from each other.