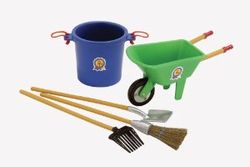 Last summer, I tried to figure out why Donald Trump was doing so well in the GOP primary polls. I suggested it was because nearly three quarters of voters were disenchanted with politicians. According to a 2012 Pew study, voters were saying, “it’s time for Washington politicians to step aside and make room for new leaders ... even if they're less effective than experienced politicians."

Trump specializes in language and opinions that could have come out of the mouth of the guy on the next barstool. He says he doesn't have time for "political correctness." His followers don't think he needs to apologize for that. In fact, his most outrageous pronouncements reflect what they're already thinking in the darkest recesses of their minds.

Ted Cruz, who is running a close second in some polls, is cut from the same cloth, though with more of an evangelical weave. His supporters may go to church more often than Trump's, but they harbor the same resentments about the direction the country is taking -- an assault on marriage, preferences for minorities, children born out of wedlock, prayer banned from schools, threats to confiscate guns, etc.

Last summer, I was sure Trump would be a passing fancy and Cruz would be a niche candidate. I was wrong. Their combined poll numbers now constitute nearly two-thirds of likely voters in the Republican primary.

At this point, it's beginning to look like the general election will be a cage fight between establishment and non-establishment candidates.

While I may have been wrong about Trump and Cruz's staying power and appeal, I think it proves my larger point -- the dangers of wrecking a category.

Political polarization led to the kind of brinksmanship and obstructionism that so disgusted voters in both parties they declared a pox on all their houses. As a result, Republicans may actually nominate someone who has not been part of the establishment, and many Democrats may opt out of the general election entirely.

This, I submit, is the product of short-term public relations and political strategies focused on the next election rather than the long-term health of the nation.

Thoughtful, as always, Dick. I agree on the cause (pursuit of short-term political gain), but not the effect -- at least, not yet. By that I mean I still have faith that actual voters will nominate experienced, responsible candidates in both major parties. We'll see.