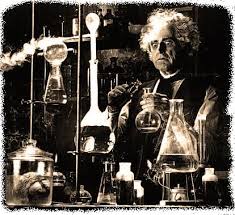 Tactics that seemed to work on the campaign trail swiftly made their way into day-to-day PR practice.

But as important as these developments were, they are tactics not strategies.

Donald Trump's once unlikely position at the top of the polls is due to a single factor -- affinity. Trump says out loud (sometimes very loud) what many voters have been quietly thinking, even when it's unpopular (or as he puts it "politically incorrect"). He loudly shares voters' cares.

As a result, his supporters really like him -- maybe not enough to let it slide if he shot someone on 5th Avenue, as he recently suggested -- but enough to stick by him through all the derision and disbelief thrown his way by professional pundits and the party establishment.

This was all knowable.  In the 2012 election, exit polls showed Mitt Romney winning on policy issues, from leadership skills to values. But he lost the election because Obama trumped him 81 percent to 18 percent on the crucial issue of “cares about people like me.”

The pundits and professional politicians may have forgotten that lesson, but the voters haven't. In the early days of the primary season, back in June 2015, one poll showed three quarters of both Republicans (77%) and Democrats (75%) said it was "highly important" that a candidate "cares about people like me."  Eight out of 10 (83%) Trump supporters considered it even more important.

Turns out they were right, evn though they were a lonely bunch back then -- representing only 9% of voters.  Bush, Carson, and Rubio beat Trump in that same poll, with 16%, 14%, and 11% support respectively. In fact, more Republicans (40%) thought unfavorably about Trump than any other Republican candidate. Even Socialist Democrat Bernie Sanders did better; only 38% of Republicans were unfavorable towards him.

But Trump -- a bona fide member of the 1% -- channeled the fears, resentments, and anger of the least well-off 80%. And in language the guy on the next barstool might use.

As a result, the 9% who supported Trump back in June of last year have quadrupled to 36% nationally.

An important social development is behind those numbers. While we used to speak of "trust gaps" in generational terms, it is now the product of other socioeconomic factors. The better-educated, higher-income "elite" have higher levels of trust than ever before. Most of the rest of us aren't inclined to trust anybody.

There is a huge gap between how elite and mass publics feel about all institutions, particularly businesses.

"Inequality of trust has important consequences," Edelman writes. "The most obvious is growing receptivity to politicians who prey on fear instead of offering solutions. Examples include assertions that refugees are a major security threat and that unemployment can be addressed by stopping foreign trade. Trust inequality seems to be a major pillar in the campaigns of Donald Trump in the U.S. and Marine Le Pen in France."

All of which reflects three strategic lessons:

Donald Trump's candidacy could implode any day. But until it does, public relations practitioners should learn from its example. These are lessons we can't afford to leave in the lab.

Great article, Dick. Very insightful. Remember, though, that registered Republicans are about 25% of the population and Mr. Trump's followers are 40% of those. Accordingly, the Trump primary bandwagon is just 10% of the registered voter population. If he gets to the general election, he will get some support from Democrats and Independents, but he still has a high barrier to climb because he is unlikely to win among minority voters and women. Turn out, as always, will be key.