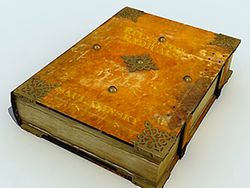 As I walked into church yesterday (right on time), my pastor delayed the entrance procession long enough to admonish me for being "kind of hard" on the presidential candidates in these postings.

I'm pretty sure he was kidding. But it does make you think.

My goal, of course, has never been to change anybody's vote. For one thing, I've written before about how hard it is to change a mind that is made up. For example: here and here. For another, that's not the purpose of these occasional musings about public relations and related topics.

But there is no better laboratory than an election to explore the nature of public opinion. For example, pundits and political consultants have been amazed that Donald Trump can say the most outrageous thing without suffering any loss of support. On the contrary, the majority of Republicans (60%) consider him trustworthy and honest, even though he says things that are demonstrably false. That makes it kind of hard for his competitors to rebut him.

Marco Rubio seems to have hit on a formula that could work. His supporters won't like to learn this, but it's a technique taken straight from the Bible of the radical left, Saul Alinsky's Rules for Radicals.

Don't attack an opponent head-on, if he holds a superior position. Cut him down to size first. Mockery is the great leveler. Plus, it's consistent with Rule 6 -- “A good tactic is one your people enjoy.”

Rubio seems to be enjoying the tactic plenty, though he may have taken it too far for some when he edged into blue material over the weekend.

But for the ultimate takedown of Mr. Trump, take a look at John Oliver's report last night over on HBO.

Mr. Oliver should be glad he's not a parishioner in my church.