The Ethics of Mac 'N Cheese 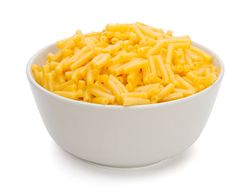 That was the position Kraft found itself in when it eliminated artificial flavors, preservatives, and dyes in its venerable mac and cheese. To keep its yellow-orange hue, Kraft substituted natural spices like paprika, annatto, and turmeric for yellow dyes number 5 and 6. Instead of chemical preservatives, it uses salt.

In fact, the new ingredients showed up on 50 million boxes of the stuff before Kraft called attention to the change. No claims of “we’re going natural,” no “new, improved.” What gives?

The company actually announced its intention to make the changes way back in April 2015. It even announced the changes would take place in January 2016. But then it said nada.

Like generations of marketers, the good folks at Kraft and its ad agency were seriously spooked by the brouhaha surrounding the introduction of “New Coke” back in 1985. They had nightmares about people pouring the “new” Kraft mac ‘n cheese down sewer grates, millions signing Facebook petitions to “bring back the old mac, and supermarket shelves piled high with iconic blue and orange boxes nobody wanted.

So they pulled a fast one and waited the introduction out. Some would call that a “soft launch.” Others might wonder if it’s even ethical.

To my mind, it’s perfectly ethical. Kraft announced its plans in advance. But it also knew that making a big deal about the changes would cause many consumers to perceive a change in flavor that wasn’t really there. In fact, some people claimed the product “tasted different” after the 2015 announcement, even though nothing had changed yet.

Waiting to confirm the recipe changes had been made protected consumers (and the company) from that psychological quirk. The proof that it was ethical is that no one noticed. Of course, if lab tests had found taste differences, or if it had substituted potentially harmful ingredients to save money, this would have been a whole other story.

But as it is, Kraft responded to many parents’ concerns about artificial ingredients. And that’s an ethical practice in itself.