What PR can learn from j-school 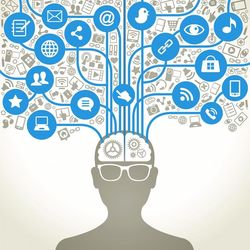 A lot of public relations people are feeling smug because their ranks are growing while reporters are being laid off right and left.  At last count, there were five PR people for every journalist in the U.S. And we all know at least one reporter who has made the jump to public relations, however uneasily.

But don't count the working media out just yet. A recent study describes how many journalism schools are preparing budding reporters to flourish in our new digital world. Spoiler alert: they aren't training them to write stronger ledes or to sell space on the side. They're teaching them something called "data journalism."

The report defines data journalism this way: "using data for the journalistic purpose of finding and telling stories in the public interest. This may take many forms: to analyze data and convey that analysis in written form, to verify data found in reports, to visualize data, or to build news apps that help readers to explore data themselves. The ability to use, understand, and critique data amounts to a crucial literacy that may be applied in nearly every area of journalistic practice."

In words that will sound familiar to most public relations people, one student journalist told the study's authors “A lot of students are scared of ‘that math thing'." Nevertheless, according to the study, the majority of accredited journalism schools already offer at least one course in data journalism. And many plan to increase their offerings.

“What we’re really seeing now is that this is a durable change in the structure of information," wrote Steve Coll, dean of the Columbia Journalism School, "and therefore a need to durably change a journalist’s knowledge in order to carry out their core democratic function. Not to build a business model, not to reach more people, not to have more followers, but to actually discover the truth—you need to learn this.”

I think the same can be said of public relations. The Page Society's most recent white paper highlights how data analytics will transform the Chief Communications Officer's role in the years ahead. Yet the Page white paper also indicated that data analytics was one of the areas of expertise least claimed by 200 senior practitioners who participated in a Page-sponsored online discussion forum.

Many people go into public relations because they're more comfortable with words than with numbers. But those who want to be more than wordsmiths need to get over their fear of "that math thing."

Data literacy is a crucial skill in understanding the needs, values, and aspirations of our customers and stakeholders. It's also increasingly critical in building enduring relationships with them. And if reporters are going to subject your client's business to in-depth data analysis, you'd better be prepared to match them spreadsheet for spreadsheet.

In its 2015 report, the Commission on Public Relations Education identified "data analytics and insights" as "knowledge needed by an entry-level public relations practitioner." Anyone know how public relations educational programs would stack up against journalism programs on this score?