Home Archives Profile Subscribe
From Barnum to Trump
Who is PR? 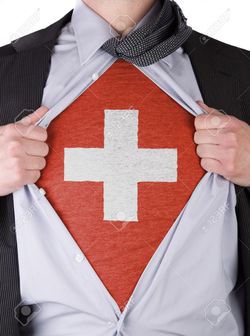 When it comes to politics, most corporate CEOs are Switzerland, with no enemies and friends on all sides.

But now two academics have taken to the pages of the New York Times to suggest CEOs might want to step up their game. They suggest that, as brands seek to "personalize" their relationships with consumers, "adopting a political orientation might be part of closing the deal."

As they put it, "In an era of political polarization, corporate neutrality may be outdated. Perhaps it is better in 2016 to be intensely loved by a few than inoffensive to many."

They even see evidence CEOs can contribute to political change when they take a public stance "on controversial issues like race relations and gender equality that are unrelated to their core businesses." And they think this new outspokenness can increase sales at the same time.

Aaron K. Chatterji of the Fuqua School of Business at Duke and Michael W. Toffel of Harvard Business School admit their position is based largely on anecdotal evidence.

For example, after the chief executives of Intel, Salesforce.com, and Unilever opposed a “religious liberty” bill allowing faith-based businesses to discriminate against same-sex couples, Republican Gov. Nathan Deal of Georgia promised to veto it.

That was consistent with an earlier field experiment they conducted when Apple CEO Tim Cook expressed opposition to a similar bill in Indiana.

In that experiment, when voters were exposed to a statement of Cook's position, support for the bill declined among all but opponents of gay marriage. Interestingly, purchase intent for Apple products increased among gay marriage supporters.

While it's important for CEOs to demonstrate they care about issues important to their customers, I don't think they should drag their companies into controversies "unrelated to their business," as the good professors put it.

From a practical, dollars and cents point of view, why would a company want to alienate any customers and stakeholders? From an ethical perspective, spending shareowner money on something many might oppose, without a compelling business reason, is questionable.

Having said that, I would argue that gay marriage -- part of respecting the human dignity of gay people -- is important to any company's core business, as are race relations and gender equality.

No company can afford to ignore or marginalize employees, customers, or other stakeholders simply because of who they are. Not only would that be a serious violation of their rights, it would waste their talent.

The same logic applies to a number of other hot-button "cultural issues," depending on the company. Starbuck's, for example, has a legitimate reason for barring guns from its stores even in states with open carry laws.

Every company needs to make that judgment for itself. And while it may sound complicated, there is one fool-proof test. Before taking a position on an issue, ask yourself this: if the poop hits the fan on this, are you willing to go to the mat on this issue, to do whatever it takes to win?

If you can't say "yes" to that question, save yourself some grief and stay out of the fight.