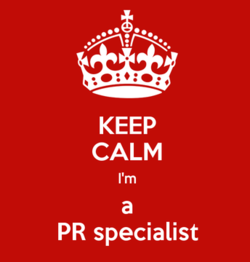 Public Relations is one of those "knowledge businesses" where the company's assets go down on the elevator every night. So it's surprising how relatively little we have known about those assets on an industry-wide basis.

But now the MIT Media Lab's "Data USA" app has made Census Bureau data accessible enough that even a liberal arts major can begin to get a better handle on just who is practicing public relations.

It's also possible to analyze occupations from actuary to welder and to explore such questions as "the characteristics of powerful occupations." (Spoiler alert: PR specialist is not among them.)

The data on Public Relations Specialists is mostly drawn from the Census Bureau's latest American Community Survey. Here are some highlights:

My take-away? Public Relations is a young business, skewing female but with fewer people of color than it should have.

If the future belongs to those with skills in human behavior and data analysis, as a recent Arthur W. Page Society paper suggests, we have a long way to go. Only 11.8% of PR Specialists majored in social science; 4.6%, in psychology; and 1.6% in computer science.

Public relations practice in Kenya is really growing. We now have more ladies than gents in the practice. slowly the C-Suite guys are seeing the need to have PR professionals in that boardroom!