Philosophers: Back in style? 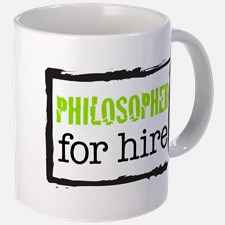 Here's a startling prediction from the digital media experts at Ogilvy:  "By 2020, corporate demand for philosophy graduates will reach its highest level since Aristotle."

It isn't entirely clear Ogilvy is serious about this, but it builds a good case for it in Key Digital Trends for 2017.

To wit, they predict the rise of chat-bots, algorithmic-driven content delivery, and autonomous vehicles and appliances will result in a wholesale "abdication of ethical decision-making."

We may be seeing some of the early signs already: serving content based on algorithms of users' pre-existing beliefs not only exacerbates people's confirmation bias, but also makes them ripe for exploitation by opportunists and extremists.  Think of the recent tsunami of Fake News.

Another example: as automation plays a bigger role in our lives, the quality of human decision-making declines.  The FAA is already concerned that pilots' manual flight skills are being dulled by auto-pilot systems.

"Handing over control doesn't just mean handing over the mechanical activities of daily life," Ogilvy notes. "It means handing over choices -- some big, some tiny -- about what's right and wrong."

What does this have to do with public relations and marketing?  According to Ogilvy, everything.

Automation will force ethical standards to evolve and brands will inevitably be caught between traditionalists and progressives.

Increasingly polarized stakeholders will make it harder for brands to stay true to a single set of values.

But brands have no choice: they can't pretend to be different things to different people.  They need to develop a process with broad stakeholder input to define the basic ethical principles manifest in everything they do and in every product or service they offer.

I don't know how many philosophers that will take, but I believe public relations leaders will have an increasingly important role, working with their C-Suite colleagues, in figuring it all out.