Home Archives Profile Subscribe
What happened?
Philosophers: Back in style? 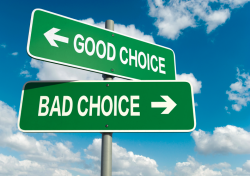 "Why do good people do bad things?" need not remain a rhetorical question, thanks to a PhD dissertation by Christopher McLaverty at the University of Pennsylvania.

McLaverty interviewed 30 senior executives in India, Colombia, Saudi Arabia, the U.S., and the U.K. about ethical dilemmas they faced at work. His dissertation obviously doesn't pretend to be the last word on the subject, but it makes an important contribution to understanding it in a real-world context.

Among the author's findings:

The executives interviewed reported facing more than 50 ethical dilemmas over the last five years. (An ethical dilemma was defined as “a complex situation that often involves an apparent mental conflict between moral imperatives, in which to obey one would result in transgressing another.”)

Few (16%) of the dilemmas involved headline-making issues like bribery, corruption, or anti-competitive behavior. More often, they resulted from competing interests, incentives tied to unrealistic goals, trade-offs between people and resources, and cross-cultural differences.

Codes of conduct, regulations, and laws weren’t particularly helpful in managing ethical dilemmas. In fact, only a minority (29%) of senior leaders consulted their compliance officers in figuring out what to do. Even fewer executives (13%) said they had received training in making ethical decisions, even though 75% of their companies claimed to offer it.

Many senior executives felt poorly prepared for the dilemmas they faced and they made decisions they later regretted.