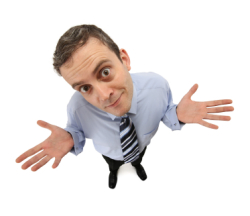 My New Year's resolution is to get back to blogging regularly.  So I'll start with last year's biggest story: an outsider, dismissed by practically every professional prognosticator as an amusing sideshow, won the presidency. How'd he do it?

I think he did it by exploiting an old marketing technique: build a fire under the question to which you are the answer.

In the 2016 campaign, such a question was already smoldering, but too few candidates noticed the smoke. Whether by instinct, chance, or study, Donald Trump became a human, high-decible fire alarm.

The big story of 2017 is likely to be whether the marketing strategy that was so successful in a political campaign will work in governance.