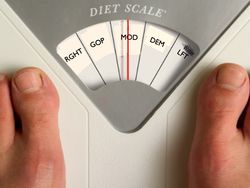 Why is public discourse so divisive these days?

I'm increasingly convinced it's due to the information we consume.

As Clay Johnson put it in his book, The Information Diet, "Just as junk food can lead to obesity, junk information can lead to new forms of ignorance."

Of course, one person's junk food can be another's gourmet feast. And everyone is entitled to a few guilty pleasure, whether its Lay's potato chips or the latest issue of People magazine.

And I'm less concerned about people who major in the Kardashians than about those whose principal source of news is cable TV or social media.

Sadly, according to the Pew Research Center, those were the two primary sources of political news in the 2016 election. 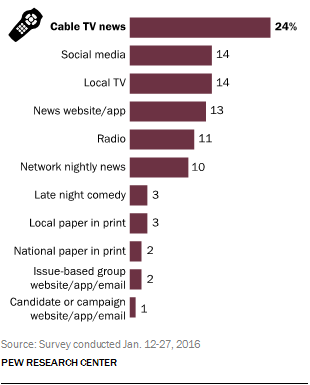 Cable's position as people's primary news source may be the product of all their wall-to-wall coverage of Trump's rallies.

But hidden within these results are some troubling statistics. "Republicans are far more likely to count on Fox News (36%) for campaign information than are Democrats (11%)," Pew says. "Democrats are much more likely than Republicans to rely on CNN (26% vs. 12%) and MSNBC (17% vs. 5%)."

This continues a dangerous information diet of only consuming what we like. People increasingly live in echo chambers where all they hear is their pre-existing opinion reflected back to them.

My suggestion? If you're a liberal Democrat, tune into Bill O'Reilly occasionally. If you're a conservative Republican, watch Rachel Madow now and then.

If you're a regular reader of the New York Times, read the editorial page of the Wall Street Journal. And vice versa. To get really worked up, read the "comments" online.

You'll disagree with 98 percent or more of what they say.

But if you take the time to try to understand why they believe what they do, you might find a value or a principle that you can share.

That is the beginning of becoming OtherWise. You'll be free of the echo chamber.