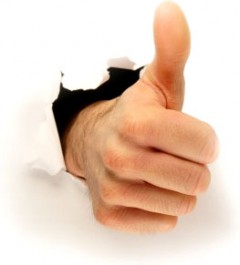 When people forward an email that confirms their previously-held opinion, the chance it’s false or slanted is at least 51%.

The likelihood of its falsity rises in proportion to the sender’s narrow mindedness multiplied by the email's apparent authority, because the thrill of confirmation reduces the likelihood the sender will check the email's veracity.

Consider the following email which is making the rounds of inboxes far and wide.

From: Redacted to save the sender deserved embarrassment
Date: February 22, 2017 at 2:00:13 PM PST
To:Redacted because we can't always control what enters our inbox
Subject: Fwd: Subject: POLITICAL CORRECTNESS

What is meant by the modern term referred to as 'POLITICAL CORRECTNESS’..

The definition is found in 4 telegrams at the Truman Library and Museum in Independence, Missouri.  The following are copies of four telegrams between President Harry Truman and Gen Douglas MacArthur on the day before the actual signing of the WWII Surrender Agreement in September 1945..  The contents of those four telegrams below are exactly as received at the end of the war - not a word has been added or deleted!

From: General D A MacArthur

Tomorrow we meet with those yellow-bellied bastards and sign the Surrender Documents, any last minute instructions?

To: D A MacArthur

Congratulations, job well done, but you must tone down your obvious dislike of the Japanese when discussing the terms of the surrender with the press, because some of your remarks are fundamentally not politically correct!

From: D A MacArthur and C H Nimitz

Wilco Sir, but both Chester and I are somewhat confused, exactly what does the term politically correct mean?

To: D A MacArthur/C H Nimitz

Political Correctness is a doctrine, recently fostered by a delusional, illogical minority and promoted by a sick mainstream media, which holds forth the proposition that it is entirely possible to pick up a piece of shit by the clean end!

Now, with special thanks to the Truman Museum and Harry himself, you and I finally have a full understanding of what 'POLITICAL CORRECTNESS' really means…..

It took me one minute on Snopes to establish that the email above is 100% FALSE and has been floating around the Internet since at least 2006.

Which brings me to Martin's corollary: the longer something is being forwarded around the Internet, the less likely it's true.

All in the interests of media literacy.