Social Issue of Our Time 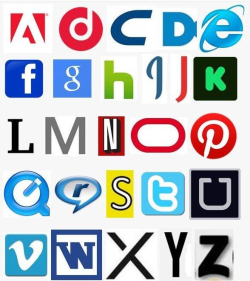 Public communications is at a dangerous tipping point.

The Internet democratized media, making everyone a publisher, from the proverbial 400-pound loner sitting on his mother’s sofa to ideologues of every religious, political, social, and fabulist stripe.

Original reporting and writing is still done largely by the same pre-Internet news organizations. But those organizations are fewer, smaller, and poorer. Digital media have siphoned off their advertising dollars, but more significantly they’ve cheapened the value of content, turning it into a commodity measured in clicks rather than in substance.

Truth is no longer determined by conformity to proven facts but by how well it meshes with pre-existing feelings.  Fact-checking is attacked as whining and nit-picking and ultimately reinforces the very attitudes on which fake news feeds.

It’s not exactly news that the public is, at best, skeptical of public relations people. But now Gallup tells us Americans’ trust in journalists is at an all-time low.

Fully two-thirds of U.S. adults don’t believe the news they see, hear, or read. And it’s especially frightening when the most powerful man in the world attacks reporters as “the most dishonest people in the world” and calls some of our leading news organizations “enemies of the American people.”

Public relations people may have other ways to reach stakeholders, but if the credibility of the media is undermined, we all lose. Because there will be no check on the people who write the laws under which we operate and on the people who implement those laws.

Fake news may be aimed at political opponents today, but tomorrow it could just as easily target companies, brands, and civil society, poisoning the markets in which we compete.

The public relations industry can’t stand by and hope this situation will change.  Media literacy may be the social issue of our time. Addressing it is in our own interest.

For starters, we shouldn’t create or enable fake news in a misguided attempt to attract attention, as one entertainment company recently did. Nor should we hide behind phony groups and campaigns, as too many of us still do.  That may help limit the supply side of fake news.

But public relations has a role in addressing the demand side also. Understanding human decision-making and behavior is in our wheelhouse.  Few industries are better equipped to share that understanding with consumers in a way that makes them more sensitive to cognitive illusions like confirmation bias, tribalism, and implicit prejudice.

The advertising industry has a mechanism for responding to social issues. It’s called the Ad Council, and for 75 years it has created ad campaigns to fight everything from forest fires and racial discrimination to drug addiction and obesity. All created by volunteer agencies and run in donated media.

Why doesn’t the public relations industry have an equivalent effort?

Individual PR agencies and client organizations devote hours to pro bono work on behalf of many causes. But we should be organized in a network of PR agencies and clients with a common strategy to address a cause at the heart of what we’re about -- teaching people how to be savvy media consumers.

We can use our skills to teach people how to fact-check emails, Tweets, and Facebook postings. How to respond to racist, homophobic, or hateful email and social media posts. How pictures and statistics can lie.

We can teach them how to fight the spread of hateful propaganda, whether from a neo-Nazi in his parent’s basement or a member of ISIS on a laptop in Syria. And how to disagree without being disagreeable.

But it won’t happen by itself. It will take the combined efforts of clients, agencies, and media. The result could be better informed consumers and a public relations industry demonstrating its true worth to society.

Note: I was honored to make these remarks when I accepted the Foster Award for Integrity in Public Communication from the Arthur W. Page Center.

Dick: Yours is a clarion call that can't be ignored. I guess I've been twitching and wondering who, what, when, where....and of course the answer is now, here and us. Is the way to start making some effort to link public relations people--as you say, agencies and media--at the organization leadership level? A task force with the respective leaders? Arthur W. Page Society, PRSA, plus advertising executive level?